Now we would like to invite all our friends from the previous IDAACS as well as other researchers worldwide to attend the IDAACS’2019 in Metz and discuss latest achievements in Intelligent Data Acquisition and Advanced Computer Systems.

The official Conference language is English. No simultaneous translation will be provided. All materials concerning the IDAACS'2019 should be written in English.

Download the PDF version of IDAACS'2019 Call For Papers 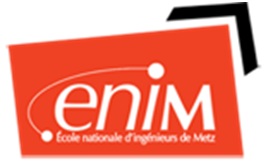